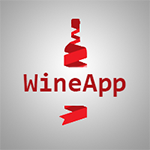 This is (supposed to be) a wine review and recommendation app, built with Django on Heroku. Its creator thoroughly disclaims all responsibility and/or damages caused while said creator looks on in horrified fascination.

Setting up S3 hosting for my static files was suspiciously easy--less than 2 hours from start to finish knowing little to nothing about AWS at all. Will figure out how to drop user-uploaded images into the bucket on Monday, but that should be trivial from this point. Tonight's show was brought to you by the letters S, S, S...and...the CLOUUUUUUD!!

Tonight's challenge has been serving user-uploaded images. Tried to slap 'em in the MEDIA_ROOT folder (/media/images/) and serve them directly #yolostyle #dontreadthedocs, but it turns out we run into version control issues when the Heroku dyno restarts sans images previously uploaded live to production. I guess this is why they kept telling me not to serve this crap with Django. Worked just fine with *static* assets but I should eventually figure out CDNs for those anyway. AWS it is then? More research tomorrow! (And/or Saturday, since I'll be going to Cody's Bitcoin event tomorrow night :/)

Derided by critics as "obtuse", "quixotic", and "generally unsuitable for human contact", aspiring area software developer Alex Ball has managed to push a copy of his pet project WineApp to production. Will WineApp make it? Will the app crash and burn like his 1994 Chevy Nova? Stay tuned, dear viewers!

Worst of both worlds. Don't let the accent acute fool you...

Love saké. It's so exotic, you know??

Hey, it's not boxed, right? Guess my standards have been dropping...

A thoroughly despicable vintage. Barely worth thumbing one's nose at.